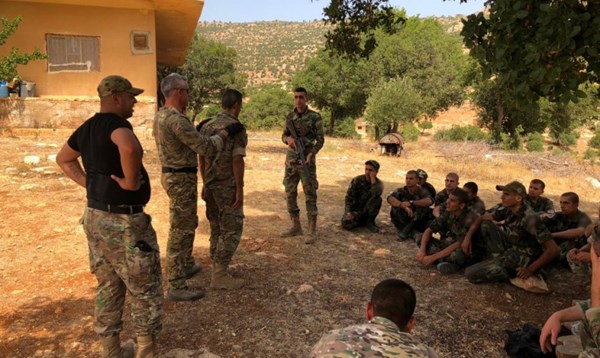 In the international development field, Preventing Violent Extremism (PVE) programming has an important role in stabilising fragile and conflict-affected states. The concept and practice of PVE has emerged in recent years as a response to the inefficacy of a primarily hard security approach to countering terrorism.

Donors, governments, and multilateral organisations have begun to recognise the value in addressing the underlying drivers of violent extremism before they become acts of terrorism. While there is a much-needed place for PVE-centric programming, other international security and justice development programmes can greatly benefit from integrating PVE aspects into their core deliverables to offer a blended approach.

PVE seeks to disrupt the process that leads groups and individuals to choose violence as a means to push their political, ideological, or social beliefs. It acknowledges that this process consists of broad and diverse factors that include elements such as economic, religious, psychological, social, or political exclusion or marginalisation. These factors can both push and pull individuals into violent extremism. They will be unique to cultural and personal situations, and frequently – but not solely – appear together in varying amounts.

In the majority of instances multiple factors inform the decision to engage in violent extremism, and as such, responses must be pluralistic and bespoke to the context in order to be effective. To this effect, establishing an in-depth conflict analysis and ‘Do No Harm’ regime during the project’s inception phase is critical to ensuring that project activities do not exacerbate existing tensions. Broad-brush PVE interventions that are not nuanced to the target recipient group have the very real potential to further incite the movement that they are aiming to diminish.

In support of the argument for a comprehensive context analysis, is the example of religious education in radicalisation. While there are cases where it has been a vessel for propagating extremist narratives or fuelling recruitment, this can also be the opposite. In a 2017 United Nations Development Programme study of drivers of extremism in Africa, researchers found that in some instances, exposure to quality religious education served as a source of resilience against extremist ideologies. This demonstrates the futility of assumptions-led programming and highlights the importance of contextual analysis during project design.

As it has become recognised as a critical part of reducing terrorism globally, a multitude of development bodies have begun implementing PVE programmes. These range from national governments instating domestic programmes, to multilateral organisations coordinating interventions in beneficiary states. Furthermore, there is an advantage to integrating principles of PVE into larger security and justice development programmes. This is because most PVE-oriented activities promote social cohesion, good governance, or rule of law - things that few societies would not receive at least some benefit from.

Additionally, these programmes run the gamut in terms of focus on particular factors. For example, they can use strategic communications aimed at countering extremist narratives. Alternatively, programming can completely avoid the ‘extremism’ label to offer deliverables such as building resilience and critical thinking in individuals, which can help to immunise them against extremist ideology. While these examples vary so drastically from each other, they are both equally relevant allocated under the PVE umbrella.

Strong PVE efforts will complement, reinforce, and support other programming in the beneficiary country and region, and vice-versa. Efforts should slot in between hard and soft security interventions and not compete against other projects or contradict goals. Therefore there is much benefit to delivering PVE as a component interwoven into larger programmes, as this also helps to avoid omission of important factors that an overly isolated or targeted project may result in.

A hard security example could be a donor-funded training of a beneficiary military’s internal counter-terrorism forces where the state’s presence has been minimal and historically heavy-handed, allowing violent extremist groups to exploit community grievances. Alongside the operational training, implementers could include components on human rights and gender sensitivity that teach the operational benefits of positive interactions with civilians and how that works to build trust in a state security force as the legitimate authority.

These components are part of the classic counterinsurgency tactics of winning ‘hearts and minds’ and can significantly reduce an extremist group’s support base in the community. There needs to be a viable alternative to extremism on offer to people - in this example, it is developing the perception of the military and reinforcing it with improved behaviour by its members.

Furthermore, this could reinforce and overlap a soft security intervention, such as facilitating judicial reform to international standards to increase fairness and transparency in counter-terrorism courts. This has longer-term effects in building trust in the state necessary to encourage civilian cooperation. It is pointless to work on changing perspectives in the individual if the state apparatus continues to carry out contradictory behaviour. Mainstreaming PVE through both hard and soft security and justice approaches offers a unifying principle to stabilisation efforts.

While some donors will explicitly recognise and call for activities that fall within the PVE spectrum, as practitioners we can also take the initiative to offer more than what is on the tender instructions. There is great value in a blended approach that helps both defuse the bomb and disrupt the intention behind planting it. This has the potential to increase the efficacy of a project’s outputs as well as contribute to a positive impact in the beneficiary's society that goes beyond a programme’s life cycle, offering donors both sustainability and value for money.