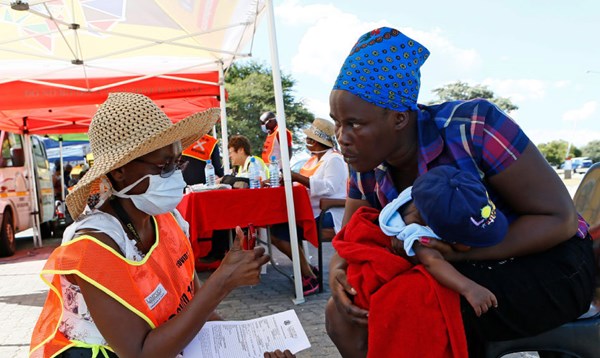 Two months along, Covid-19 has thrown the government contracting world for international projects into disarray, with more disruption almost certain to come. In the United Kingdom, for instance, new tenders have slowed to a trickle, and awarded projects are facing delays due to funding being reprogrammed toward Covid response. While the slowdown of tenders from the US Government and multilaterals like the UN has not been as severe, there has been a noticeable shift toward Covid-related programming, notably the provision of PPE. How this will play out in the coming months is of course unclear, dependent on such variables as infection rates and vaccine development. However, the likelihood of more limited government resources, as well as a greater focus on future pandemic prevention and mitigation, means more disruption is likely to be the norm.

Nonetheless, all crises breed opportunity. To this end, now is the time that both governments and contractors rethink the existing paradigms around the integration of security and development sectors in project design and execution. Let’s use the US and UK as examples. Both governments have well-capacitated development agencies (USAID and DfID) and defense departments, which generally operate in a vacuum from one another and have dedicated providers that service their contracting needs. Both departments and providers come from, frankly, entirely different universes that neither understand nor – in many instances – trust one another. Even their vocabularies differ. Meanwhile, their foreign affairs departments – State Department and FCO – often try to bridge the divide between the two, but lack the independent funding or coordination power to effectively do so.

What this means in practice is that innovative, integrated solutions to the world’s most pressing problems end up being a rare exception, not the norm. Policymakers and implementers tend to take a siloed approach that ignores issues and elements they do not consider to be on their ‘turf’. This is particularly noticeable in conflict zones, where development actors tend to ignore security sector actors and vice versa, leading to an unfortunate lack of integration between the two. This is regrettable, particularly with regard to the increasingly complex insurgencies plaguing Africa and the Middle East. For example, development sector projects focused on peacebuilding and preventing violent extremism generally shun militaries and other security forces, seeking to empower civilian populations while ignoring political and strategic realities. On the other hand, Western governments spend a great deal of money on military solutions – both training and materiel – that prove ineffective, in large part due to a lack of local context and expertise that development actors are well placed to provide. Thus, the lack of integration significantly decreases chances of sustainable, long-lasting peace.

In both London and Washington, even pre-Covid there was a growing recognition that the existing model simply is not fit for purpose, and this view is likely to accelerate as the donor community shifts its focus to how to deal with the next pandemic. Pandemic response and mitigation demands an ‘all hands on deck’ approach. The outsized role of security forces across the world in dealing with Covid – including logistical support, conducting testing, enforcing border security, operating military medical facilities, and enforcing curfew – has shown the necessity of ensuring that militaries, police forces, and gendarmeries have the resources they need to be prepared for future outbreaks. At the same time, any support for security forces must be strongly underpinned by a robust understanding and application of public health best practices, an area where the development sector excels. Lastly, effective civil-military relations and communication are also key, and an area where foreign affairs departments have a great deal to offer.

So how do we – the collective community of government and implementers, both private sector and non-profit – go about unsiloing ourselves? It won’t be easy, as there are three specific relationships that need to be developed and managed. The first is within governments, getting departments and agencies to work with one another. This is perhaps the greatest challenge, particularly within the enormous bureaucracy of the US government, where stovepipes are immense, even within individual departments and agencies.

That said, there are models that work, and Washington should perhaps look across the pond for inspiration. In 2018, the UK National Security Council – itself only stood up in 2010 – implemented its Fusion Doctrine, which takes a ‘whole of government’ approach to national security, ensuring that both strategic planning and implementation involve a cross section of government departments. Furthermore, HMG’s Conflict, Stability, and Security Fund (CSSF) – launched in 2015 – serves as a cross-governmental framework that encourages creative solutions to vexing security challenges. CSSF providers are a multi-disciplinary and diverse group of vendors who are encouraged to team up with one another, although the relatively small size of project awards can prove a disincentive to cooperation. Nonetheless, HMG is pushing intergovernmental cooperation to the forefront in both theory and practice, something Washington, other governments, and multilateral actors like the UN must do much more effectively.

The second relationship that needs to improve is between practitioners. Even in the absence of new, multidisciplinary frameworks, implementers need to step up and start to break down these barriers among one another. In Washington, providers must seek to transcend the traditional ‘north of the river’ (democracy and development) and ‘south of the river’ (defense contractors) divide that has plagued them for decades. By working together – such as through organising working groups and writing joint publications – they can map out comprehensive solutions to problems they are working on separately. Effectively conveying these messages to government policymakers, either through presentations or even unsolicited proposals, can ultimately lead to commercial opportunities.

And finally, there must be a rethinking of the relationships between implementers and governments, particularly with ‘non-traditional’ providers for departments. USAID and DfID work hand in glove with traditional development providers, just as militaries work with defense contractors. However, there is little consideration – or even understanding – of providers and practitioners outside of that sphere; development officials generally are not familiar with the sort of companies that defense officials would deal with, and vice versa, perpetuating long standing stovepipes.

A mentality shift is badly needed. In today’s world, there are few true pure ‘development’ or ‘security’ problems. As highlighted earlier, pandemic response is a prime example of the sort of cross-cutting problem the world will increasingly face in the coming years. Governments and providers must leverage the extensive expertise from all of their respective communities to develop truly innovative solutions. Governments who recognise the value of this approach will benefit from more effective, linked-up programming. And practitioner coalitions who bridge the development-security divide will be those benefit financially. We’re not there yet, but now is the time to start breaking down the walls we need to get there.